“Donuts. Is there anything they can’t do?”- Matt Groening 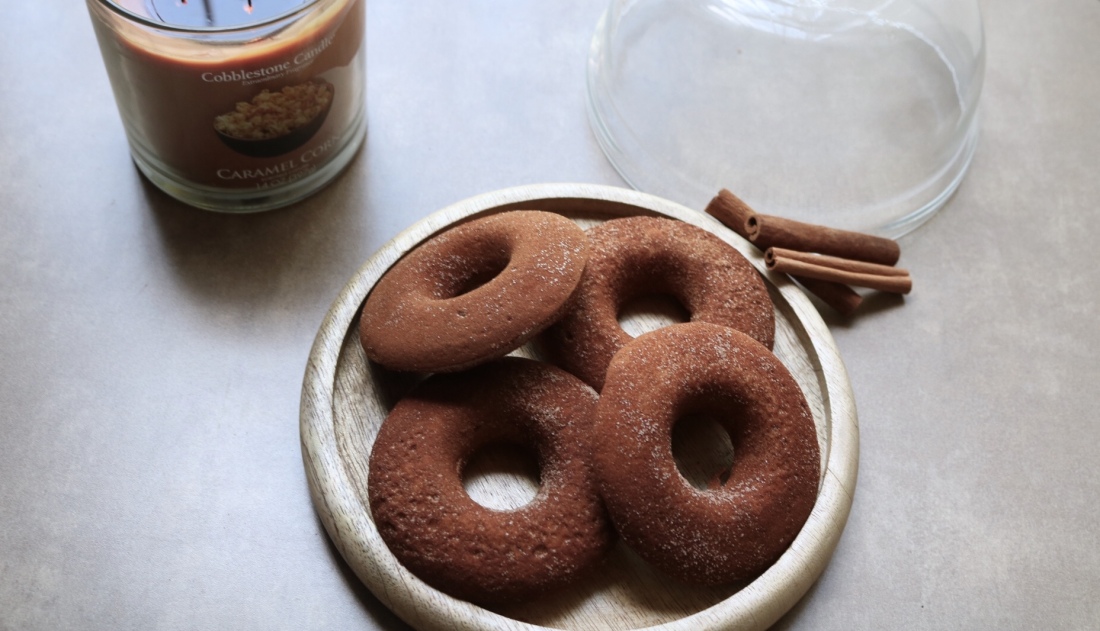 Fun fact: I have a very unhealthy obsession with donuts. Sadly, they’re not the healthiest food in the world, who would’ve known! I’ve been searching around for a yummy, healthier donut recipe that could compete with the unhealthy donuts and that could make me forget about my one true love; apple fritters. So far, I haven’t been able to find a healthy version of an apple fritter, but I did find these gluten free cinnamon sugar donuts that I made vegan, and let me tell you, they have changed my life. 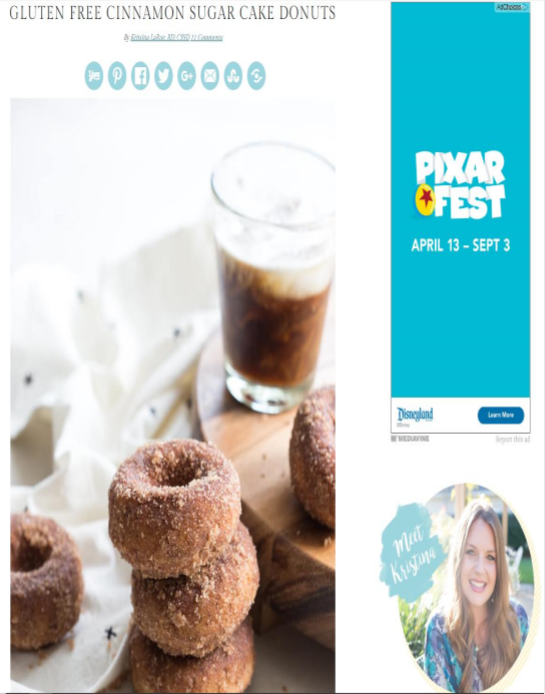 (shout out to Kristina of Love & Zest for this wonderful recipe!) 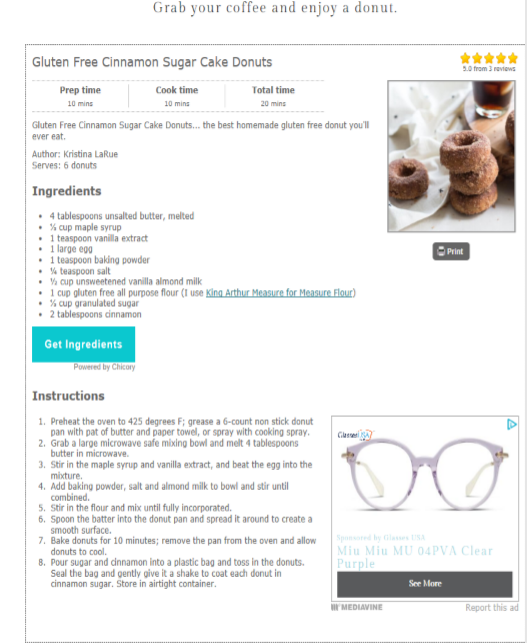 What you’ll need for this recipe is;

First off, your going to preheat your oven to 425 degrees and spray your donut pan, then set it aside because you’ll use it later. To start this off the batter , you’re going to melt 4 tablespoons of your butter in a large bowl, then combine the maple syrup and vanilla into it. Once that is well mixed, beat your egg in, then add the baking powder, salt and almond milk. I would recommend using a whisk to stir this in to get rid of the clumps because the baking soda WILL leave some clumps, but they’ll eventually whisk away. Next, add your flour, stir until it is completely combined, and you have your batter! I added about a teaspoon of cinnamon, simply because I love cinnamon, but that’s definitely optional. Spoon your batter into your donut pans, filling them almost to the top because I learned that they don’t rise very much, then pop those bad boys into the oven for 10 minutes. Once those are done, place them to the side and start working on the cinnamon sugar coating. The recipe calls for 1/3 cup of sugar and 2 tablespoons of cinnamon, but as I started to coat the donuts, I noticed that there was a little too much cinnamon (surprising, I know). I would recommend keeping the 1/3 cup of sugar, but starting with 1 tablespoon of cinnamon and adding more if its needed. Once the donuts are cooled, place your cinnamon sugar mixture in a plastic bag along with a donut and shake it all up until the donut is well coated. Repeat this step until they’re all done, and bam! You have yummy, gluten free, cinnamon sugar donuts!

These cinnamon sugar donuts are everything I would want and more in a healthier version of a donut. They’re fluffy, they have amazing flavor, and they’re is absolutely no guilt when you eat them! I absolutely recommend giving these a try. Not only are they delicious, but they were insanely easy.

An optimistic eighteen year old who is on the road to recovery! View all posts by kenzieerenee

One thought on “Let’s Talk About These Cinnamon Sugar Donuts…”